Taking The Authority That Is Yours 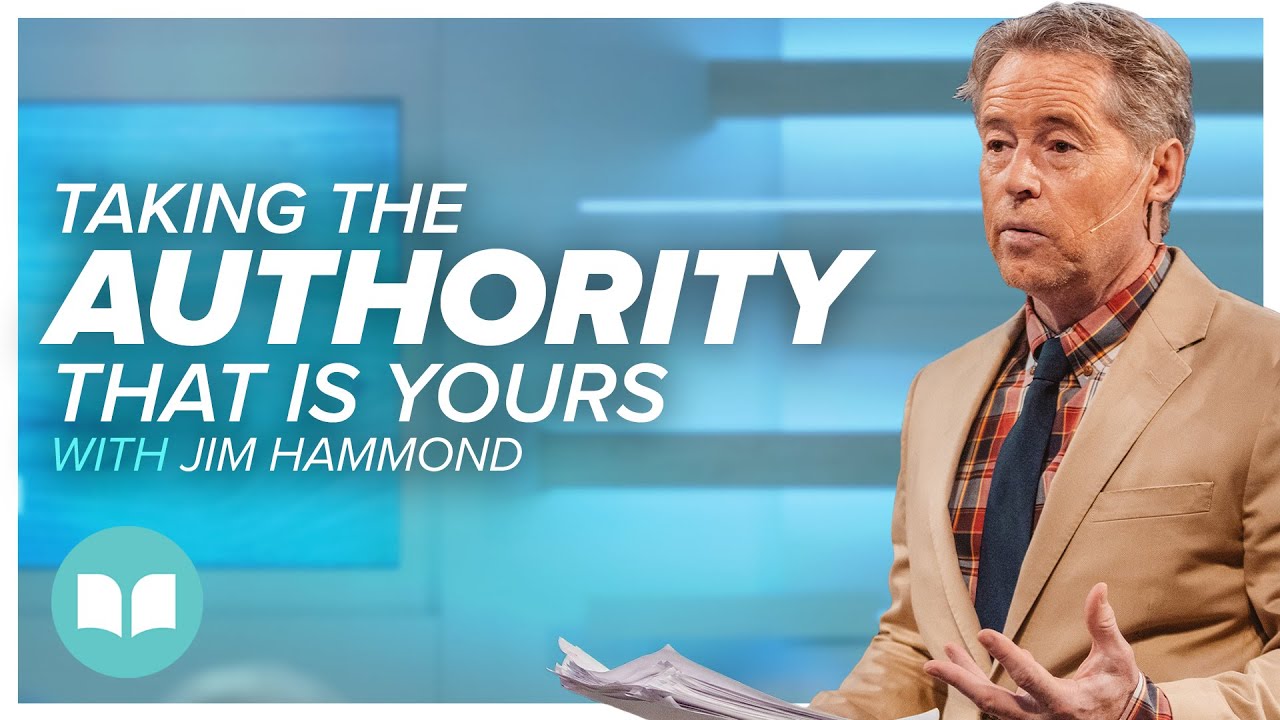 Taking The Authority That Is Yours | Pastor Jim Hammond | September 25, 2022

Recap:
God gave complete dominion over the earth to Adam and Eve. When He did that, He also gave them the freedom to choose what to do with that authority. Unfortunately, as the Bible tells us, Adam and Eve handed over their authority to Satan. He was allowed rule and authority on this earth. Everything changed, however, when Jesus came. Jesus became a human in order to have the physical body needed to have authority here on this earth. He went and purchased our authority back. He defeated the enemy and now we can enforce our God-given authority while here on this earth.

Dive Deeper:
When Adam gave over his authority to Satan, he hadn’t been coerced or forced to do so. He had been deceived. The enemy didn’t overpower. He got Adam and Even to willingly submit their authority to him. Still today, that deceiver is at work, attempting to draw people away from God’s will to follow Him.

The difference today is that Jesus came and paid the price to purchase back our authority. The enemy is no longer in charge. Anything he does on earth, he does because someone has given him permission to do so. Someone has not taken their authority. A policeman on the corner of a street will do nothing to stop traffic. It’s not until he exercises his authority and uses what he has been given that the cars will obey him.

So let’s be active and intentional in dealing with Satan. Take your authority every day, for it is God-given in combating the wiles of the enemy.

Read About It:
Isaiah 14:15–17 KJV
Yet thou shalt be brought down to hell, to the sides of the pit. They that see thee shall narrowly look upon thee, and consider thee, saying, Is this the man that made the earth to tremble, that did shake kingdoms; that made the world as a wilderness, and destroyed the cities thereof; that opened not the house of his prisoners?

Ephesians 1:15–23 KJV
Wherefore I also, after I heard of your faith in the Lord Jesus, and love unto all the saints, cease not to give thanks for you, making mention of you in my prayers; that the God of our Lord Jesus Christ, the Father of glory, may give unto you the spirit of wisdom and revelation in the knowledge of him: the eyes of your understanding being enlightened; that ye may know what is the hope of his calling, and what the riches of the glory of his inheritance in the saints, and what is the exceeding greatness of his power to us-ward who believe, according to the working of his mighty power, which he wrought in Christ, when he raised him from the dead, and set him at his own right hand in the heavenly places, far above all principality, and power, and might, and dominion, and every name that is named, not only in this world, but also in that which is to come: and hath put all things under his feet, and gave him to be the head over all things to the church, which is his body, the fulness of him that filleth all in all.

Ephesians 2:1-6 KJV
And you hath he quickened, who were dead in trespasses and sins; wherein in time past ye walked according to the course of this world, according to the prince of the power of the air, the spirit that now worketh in the children of disobedience: among whom also we all had our conversation in times past in the lusts of our flesh, fulfilling the desires of the flesh and of the mind; and were by nature the children of wrath, even as others. But God, who is rich in mercy, for his great love wherewith he loved us, even when we were dead in sins, hath quickened us together with Christ, (by grace ye are saved;) and hath raised us up together, and made us sit together in heavenly places in Christ Jesus:

1 Peter 5:8–9 KJV
Be sober, be vigilant; because your adversary the devil, as a roaring lion, walketh about, seeking whom he may devour: whom resist stedfast in the faith, knowing that the same afflictions are accomplished in your brethren that are in the world.