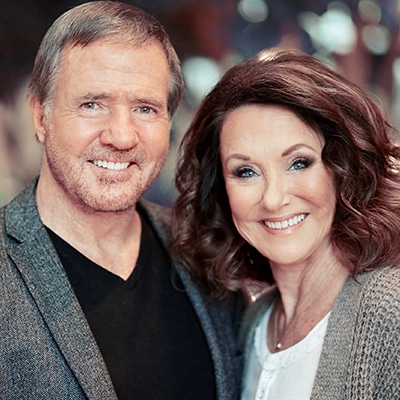 Mac and Lynne Hammond are senior pastors of Living Word, a large and growing body of Christian believers in Brooklyn Park, Minnesota. Mac is the author of several internationally distributed books. He is broadly acclaimed for his ability to apply the principles of the Bible to practical situations and the challenges of daily living.

While helping her husband pastor Living Word, Lynne Hammond travels internationally as a teacher and author on the subject of prayer. The desire of Lynne’s heart is to impart principles of corporate and Spirit-led prayer to the Church throughout the world. Under her leadership, the prayer ministry at Living Word has become an internationally recognized model for developing effective pray-ers in the local church.

After nearly 40 years, Living Word’s church attendance has grown from twelve people in 1980 to an active church body of more than 10,000 members. Today Living Word sends the hope of the Gospel across the country and around the world through numerous outreaches and brings practical help and the message of God’s grace and love to an ever-growing number of people! 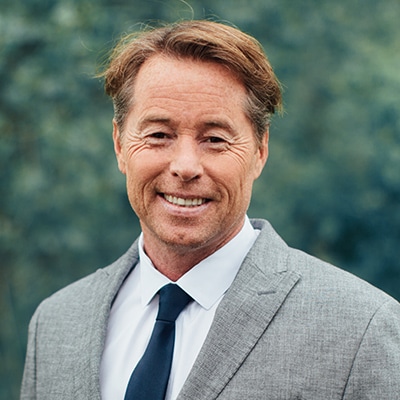 More about our Executive Pastor

Jim, along with his family, moved from Mississippi north to Minnesota in his early teens. Prior to traveling to Singapore where Pastor Jim studied at Rhema Bible Training Center under the leadership of Pastors Toni and Patsy Cameneti, Jim worked in various areas at Living Word including Facility Maintenance, Accounting, Living Free Recovery Services, Maranatha Christian Academy as Athletic Director, and as Pastor Mac Hammond’s Executive Assistant for two years. Pastor Jim was a basketball coach at Maranatha Christian Academy for 17 years. He coached both the boys and girls varsity team and eventually took the Maranatha Girls Varsity to state, where they won two back-to-back Class A State Championships in 2011, 2012.

Pastor Jim has made over 50 trips to the country of Indonesia. It has been his lifelong goal to see Living Word have an orphanage in Indonesia. Pastor Jim’s son, Jamey Hammond, is the Pastor of Living Word’s Saint Paul campus. He currently oversees Manhood, Living Word’s additional campuses, the Wednesday Night Services. 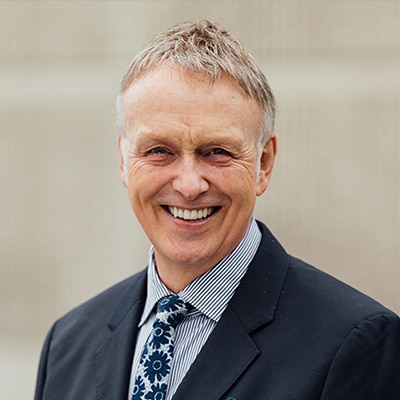 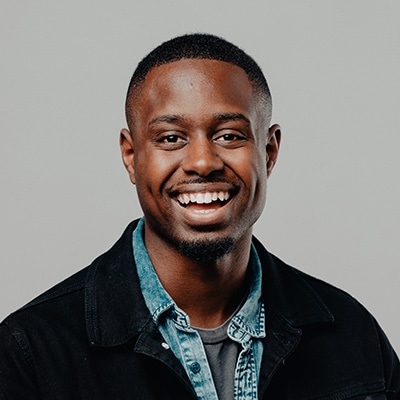 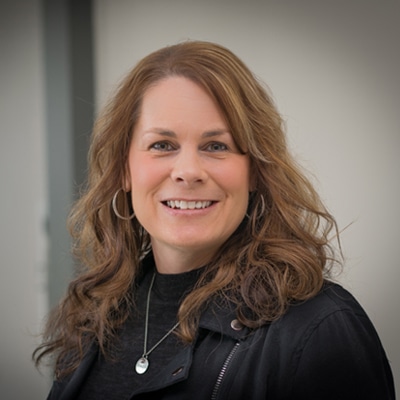 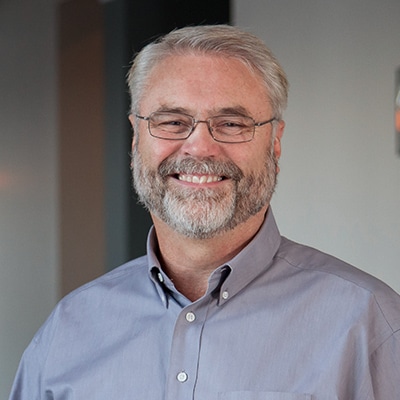 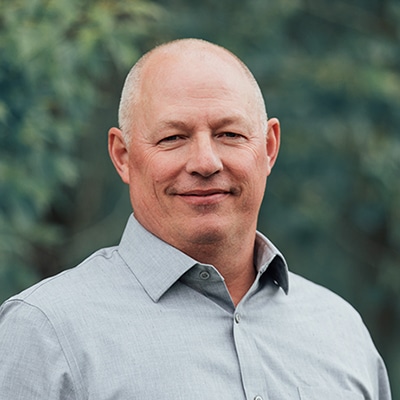 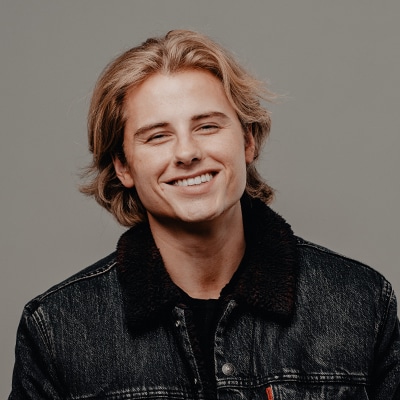 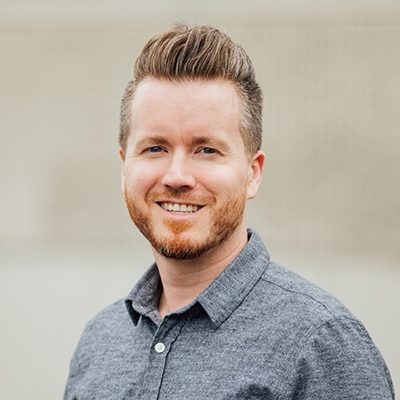 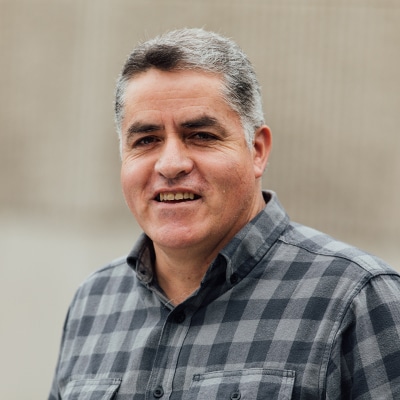 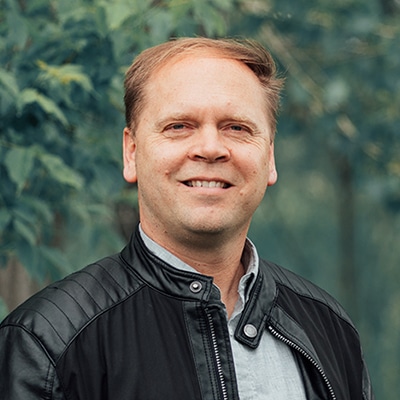 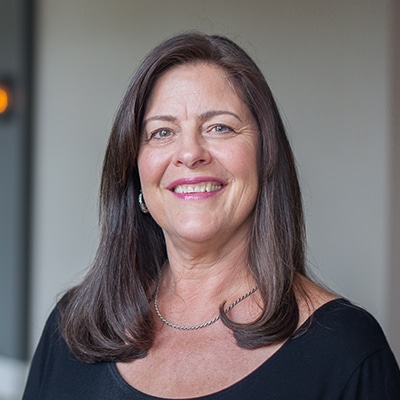 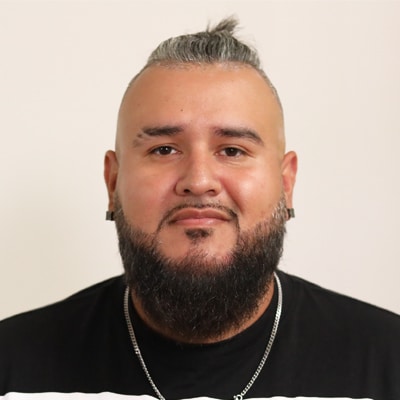 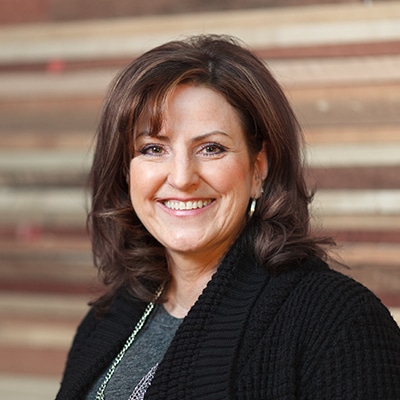 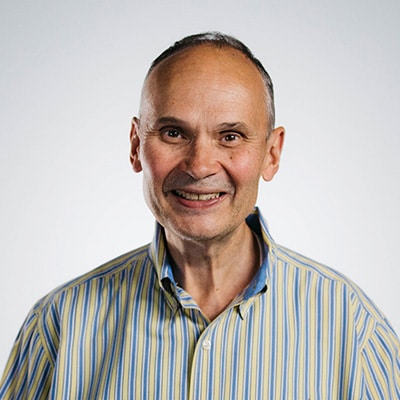 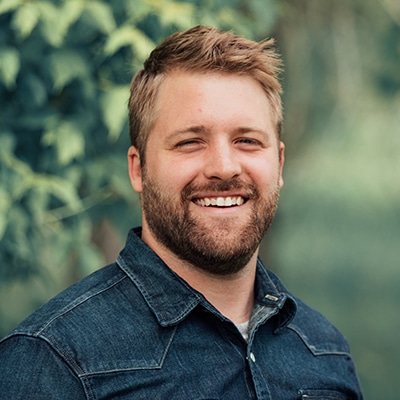 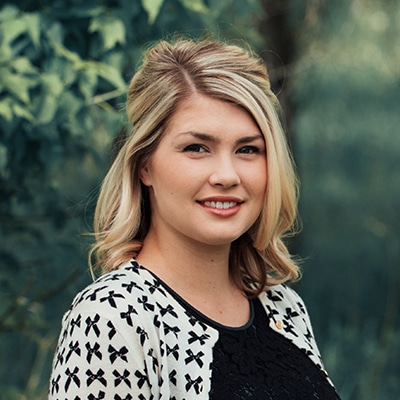 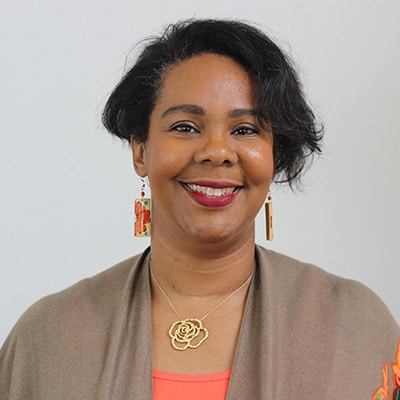 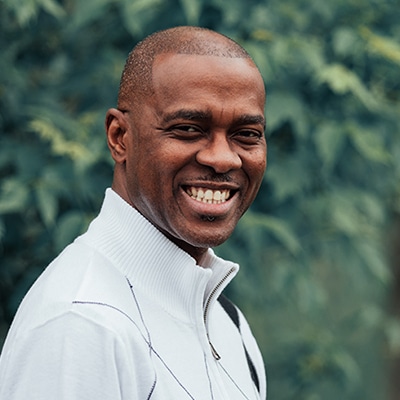 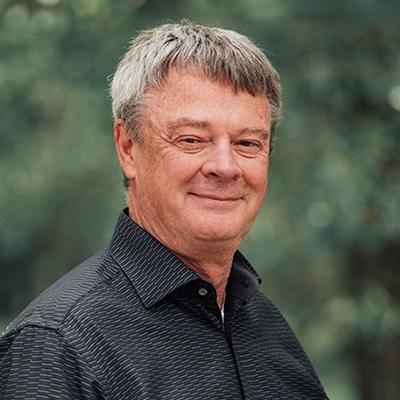 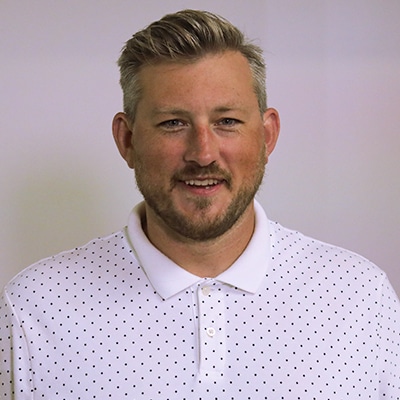 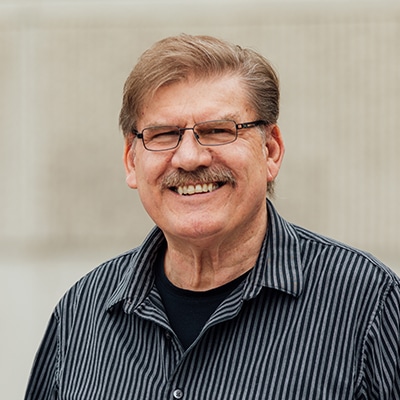 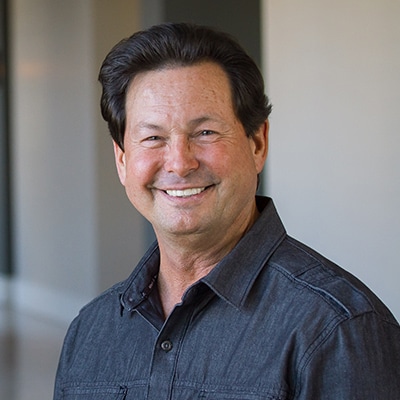 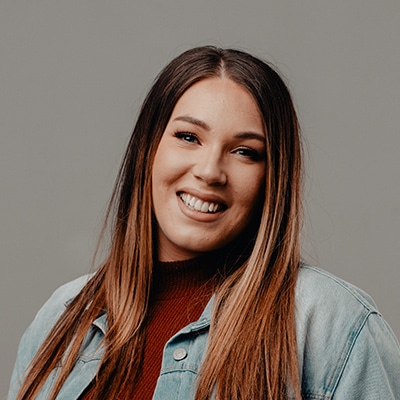 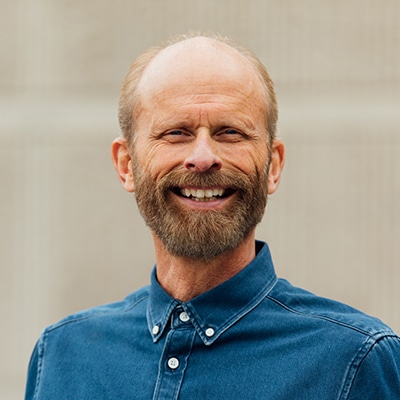 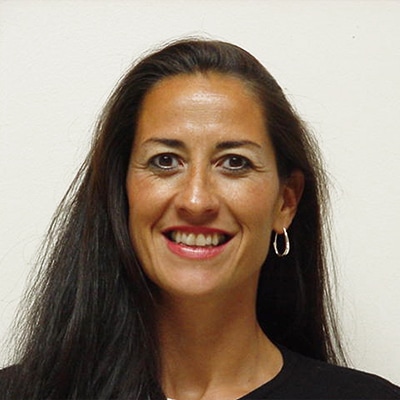 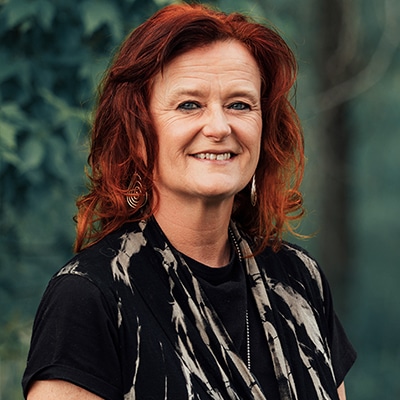 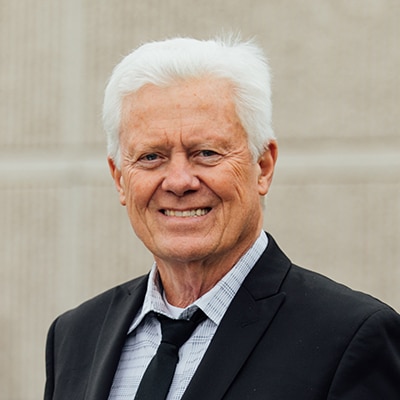 Facing life’s challenges can feel lonely. But don’t believe the lie that you are all alone in the world. We’re here for you! And we’d love the opportunity to pray with you.


Warning: Invalid argument supplied for foreach() in /home/customer/www/lwcc.org/public_html/wp-content/plugins/divi-overlays/divi-overlays.php on line 2157

Volunteer and Make a Difference

Our Online Facebook group was created to help our online family stay connected by keeping the conversation going long after the service has ended. Join today and ask a question, request prayer, share a devotional, or simply leave an encouraging comment that will bless others! 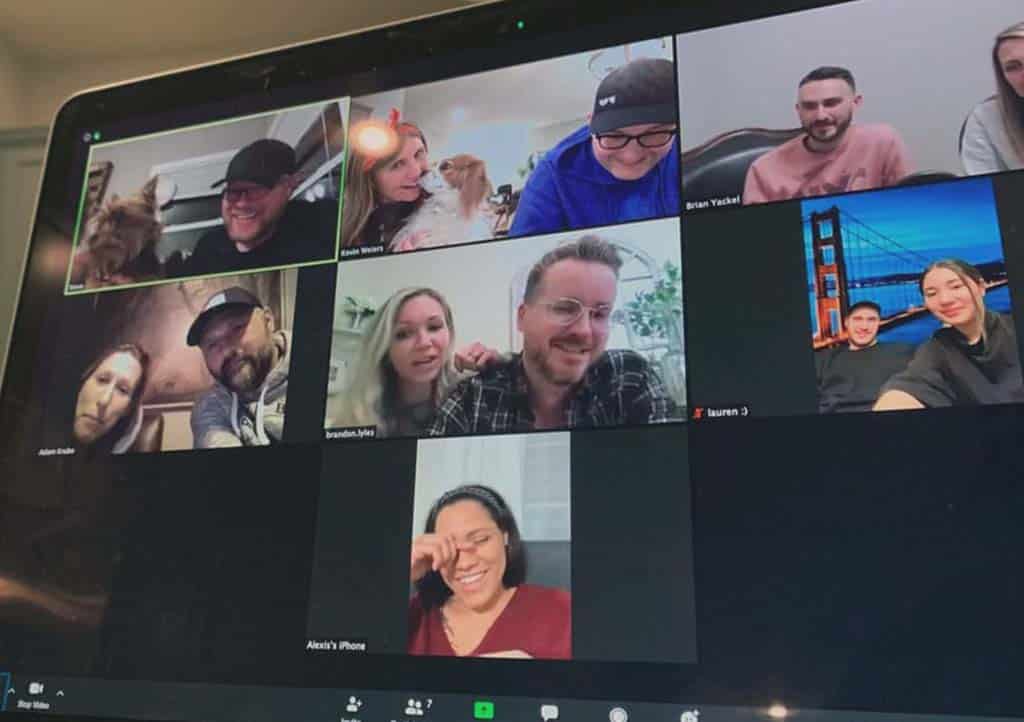 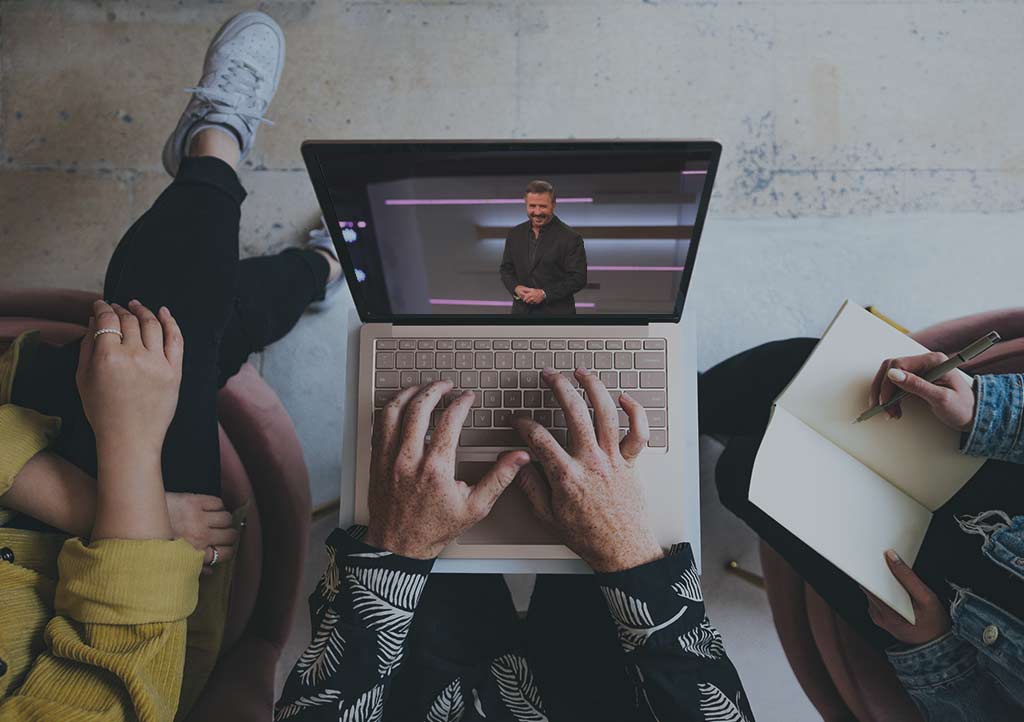 Details on hosting a virtual and in-person watch party.

Our tuition is $3500 each year. This goes towards teaching resources, instructors, speakers, and various events and activities throughout year.

The Disciple Internship Program is available for ages 18-29.

We currently do not offer any housing. However, if you are in need of housing, please reach out to us. We will make our interns aware of any housing opportunities we come across.

We encourage you to work while you are in Disciple Internship, so long as you are able to manage your time. It is important to us that our interns live a balanced life of work and rest. We realize that working on top of your internship schedule will likely leave you with a busy schedule, so our goal is to come alongside you and help you find rest and balance in the midst of it.

Your schedule is made up of two components— classes and roles. Our class schedule ranges from Monday to Thursday, 8:30 AM-12 PM. Many of our intern roles take place in the afternoon; however, your specific schedule will depend on what role you are enrolled in. Some of them may require you to be here some weeknights and weekends. Also, we have Instructor Groups. Instructor groups are a mentorship-focused group time with DI Instructors that meet at various times on Monday, and serve once during the week, on either a Wednesday evening or a Sunday morning. Please call us if you have any questions. We would love to work with you if there are any scheduling conflicts.

We kick off each internship year by going on a 4 day retreat. The purpose of the retreat is to grow closer together as we seek God together. This is achieved through doing team building activities, casting vision and setting goals for the upcoming year, and most importantly seeking the heart of God on an individual and corporate level.

We bring the classroom and hands-on-training together so that each intern will be able to get both practical and inspirational training for the ministry.

At Disciple Internship, our goal is for every intern to graduate our program with a deeper knowledge and understanding of the Word of God, and how it can be applied to their life in a practical and functional way. We believe that, as disciples of Jesus, it’s vital that we understand how to study and dissect the Word of God in order to accurately walk out God’s plan for each of our lives. As we dive into various topics, we encourage questions, critical thinking, and healthy discussion, as we believe that this is a crucial part of the learning and growth process. Our desire is that each intern will graduate equipped to thrive in every area of their life!

Topcis that will be covered range from Hermeneutics & the Book of Romans to Communication 101 & Current Cultural Topics.

Whatever you are called to do, we want to help you do it. Disciple Internship offers a wide array of opportunities that are designed to help you develop your skills in an area of your choice. You will gain invaluable hands-on experience and training by working with professionals in their area of expertise.

Within the ever-growing-and-expanding roles that you see here, there are many different opportunities and places for you. When you come to DI, our staff will work with you individually to help you get connected where you are called to be!

Not seeing what you’re looking for? Just ask! Our opportunities are ever-expanding!

SUCCESS & LEADERSHIP PRINCIPLES
There are general rules to success and leadership that we will discuss in this class.

FINANCIAL MANAGEMENT
In order for us to be effective disciples, it’s important for us to know how to handle our money. In this class we bring in the experts to shed light on the subject of finances from a practical and spiritual perspective.

HOW TO STUDY THE BIBLE
The title says it all! Learn how to make sense of the Bible, so that it can change your experience of Life in the way that God promises it will

COVENANT
This is a study of the depth of what Jesus has won for us.

HONOR
Honor is the foundation for our relationships with God and people. Find out more as we discover the culture of Heaven and Honor!

SPIRIT, SOUL, & BODY
God is a three part being, and so are we. You will learn more about this power truth in this class.

THE HOLY SPIRIT
Jesus said that is was better for Him to go away, so that he could send us the Holy Spirit. Discover the current ministry of the Holy Spirit in this class.

PRAYER SCHOOL
We take time together to learn how to talk and listen to God.

GRACE AND FAITH
This is a class on how to respond to the kindness and goodness of God towards us.

NEW COVENANT
Everything that the life, death, and resurrection of Jesus Christ did should make us the most confident beings in the universe. In these classes you’ll find out why.

OLD & NEW TESTAMENT SURVEY
Get a general summary of what the Old and New Testament are about.

ISRAEL
In this class we will learn why Israel should be important to the Church, God’s plan for Israel in the Bible, and where modern day Israel fits in that plan.

ESCHATOLOGY
A study on the end times, and what God’s plan is for eternity.

APOLOGETICS
We are going to give you the proof that God is who he says he is, and evidence that the Bible is the Word of God.

LIFE AND MINISTRY
Should I help people or help myself? At some point you are going to have to answer that question, and we believe that this class will help you do that, as well as bring balance to your life.

DISCIPLESHIP
It is important to know what it means to be a follower of Jesus Christ. In this class we dive into what Jesus wants for us.

EVANGELISM
You will be given a megaphone and will preach on every street corner... Just Kidding! We are actually debunking the myth that preaching the Gospel has to be difficult. It’s actually just all about following God’s plan for how you are to “preach” the good news.

Our Student Ministries course is for those who feel called to reach young people from middle school- college aged. You will be trained in how to engage and influence a generation to seek God and fulfill their purpose. You will gain a variety of experiences from event-planning, to public speaking, to ministry organization, that will all propel you forward in reaching the upcoming generation.

This course is designed for anyone interested in gaining the skills, knowledge and tools it takes to minister to children successfully. Interns will be offered the opportunity to develop the skills necessary to minister to kids in any of the following age groups: infant and toddler, preschool or grade school. Interns in this course will engage in a variety of activities, training and events that will help them apply the inspiring and practical teaching they’re taught in the classroom.

In our Worship Arts course, you will learn what worship is according to God’s Word and the value of it in your personal walk with Him. You will receive practical training from a variety of professionals in music theory, technique, performing, leading and more. You will also experience the execution of rehearsals, services and large events. As you grow in your gifts, you’ll have the opportunity to use them in various capacities in areas of ministry within the church and beyond.

In the Visual Arts course, you’ll have access to top-of-the-line equipment, software and design studios, as well as have the privilege of training with our experienced staff. Whether it’s Graphic Design or TV Media, you will have the opportunity to work with real clients to produce a desired result, as well as take your own ideas and make them a reality.

This course is designed for those who desire to lead in a ministry capacity. By being involved in a variety of ministry areas, you will be provided with a broad scope of experience. Having this overview will teach you how multiple segments of ministry fit together, developing an expansive view that is a key element of ministry leadership. Along the way, you will learn skills that are vital to leadership in ministry such as serving the congregation, working with volunteers, organizational and communication skills, and more.