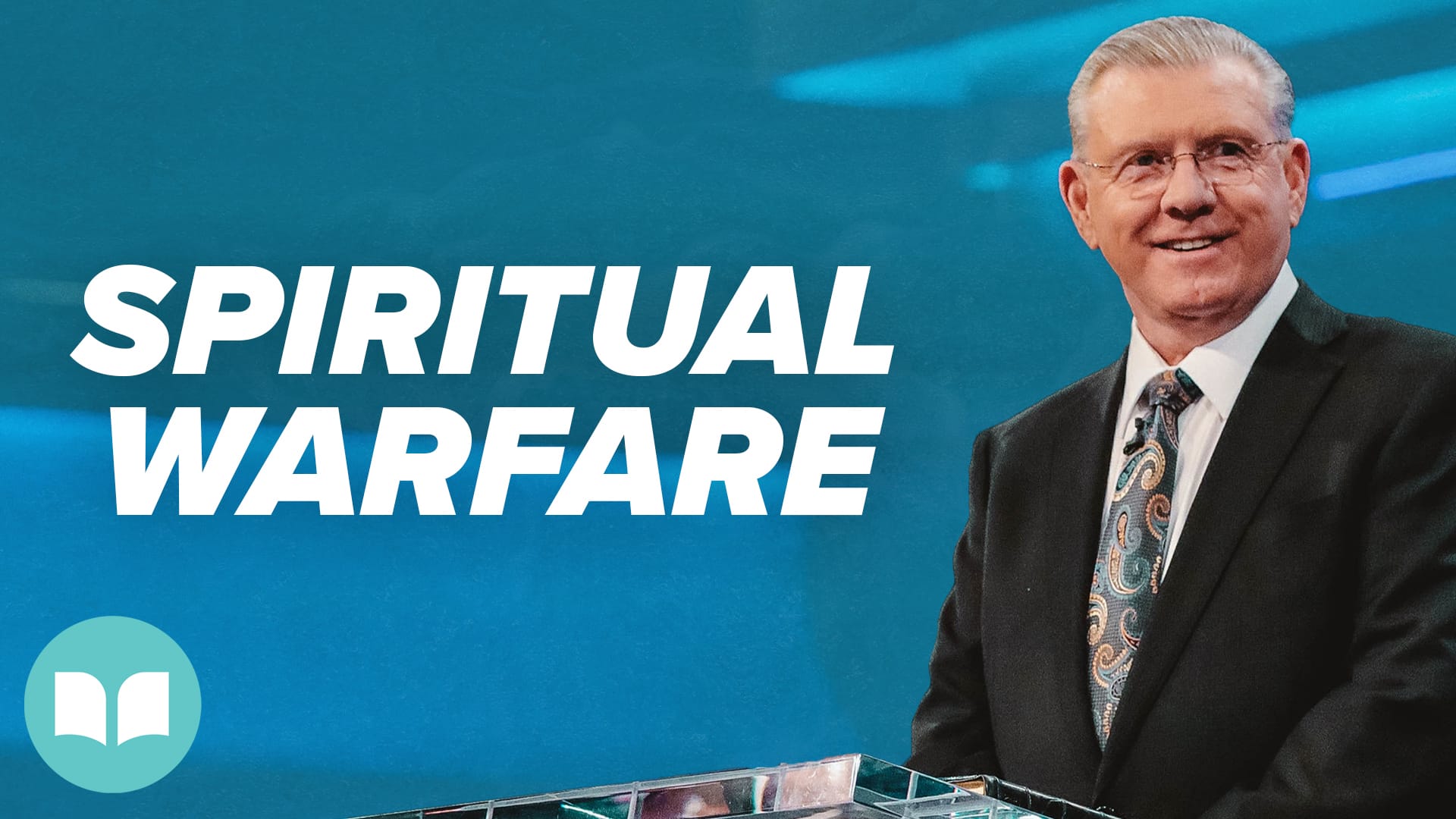 Recap:
We live in a dark time. That doesn’t mean we need to fear. As guest minister Dr. Mark Barclay reminded us this weekend, that means we need to know our enemy. We need to be aware of demonic attacks against our lives and our family’s lives. Some people attempt to do this by finding a demon around every corner, but that is just paranoia. Awareness of spiritual warfare and our God-given spiritual authority is done through a living, present, active relationship with Almighty God!

Dive Deeper:
When evil abounds around us, we are not to submit to that evil or go along with whatever people suggest. We are not to sit by and watch evil win. We are to fight the spiritual battle we are in—not on our own, but with God by our side. Our relationship with Him is what fuels our understanding and awareness of the day in which we live.

The enemy has a plan and is on the lookout for places of weakness where he can attack your life. Don’t stand by ignorantly. Be aware of his desires and shut him down. Fight him off and don’t even open a door for him to come in.

Being aware of the enemy’s tactics, however, doesn’t mean that you should focus on him. Don’t assume a demon is around every corner. Pay much more attention to Jesus than the enemy. Speak the Word. Spend time becoming familiar with the voice of our Heavenly Father.

Remember, the weapons of our warfare are not natural, and we are not fighting a natural foe. That person who bugged you yesterday isn’t your enemy. The battle is a spiritual battle, won on our knees through surrender to our Heavenly Father!

Read More:
Ephesians 6:10–18 KJV
Finally, my brethren, be strong in the Lord, and in the power of his might. Put on the whole armour of God, that ye may be able to stand against the wiles of the devil. For we wrestle not against flesh and blood, but against principalities, against powers, against the rulers of the darkness of this world, against spiritual wickedness in high places. Wherefore take unto you the whole armour of God, that ye may be able to withstand in the evil day, and having done all, to stand. Stand therefore, having your loins girt about with truth, and having on the breastplate of righteousness; and your feet shod with the preparation of the gospel of peace; above all, taking the shield of faith, wherewith ye shall be able to quench all the fiery darts of the wicked. And take the helmet of salvation, and the sword of the Spirit, which is the word of God: praying always with all prayer and supplication in the Spirit, and watching thereunto with all perseverance and supplication for all saints;

Acts 19:13–20 NLT
A group of Jews was traveling from town to town casting out evil spirits. They tried to use the name of the Lord Jesus in their incantation, saying, “I command you in the name of Jesus, whom Paul preaches, to come out!” Seven sons of Sceva, a leading priest, were doing this. But one time when they tried it, the evil spirit replied, “I know Jesus, and I know Paul, but who are you?” Then the man with the evil spirit leaped on them, overpowered them, and attacked them with such violence that they fled from the house, naked and battered. The story of what happened spread quickly all through Ephesus, to Jews and Greeks alike. A solemn fear descended on the city, and the name of the Lord Jesus was greatly honored. Many who became believers confessed their sinful practices. A number of them who had been practicing sorcery brought their incantation books and burned them at a public bonfire. The value of the books was several million dollars. So the message about the Lord spread widely and had a powerful effect.

2 Corinthians 10:3–5 KJV
For though we walk in the flesh, we do not war after the flesh: (for the weapons of our warfare are not carnal, but mighty through God to the pulling down of strong holds;) casting down imaginations, and every high thing that exalteth itself against the knowledge of God, and bringing into captivity every thought to the obedience of Christ;

Discussion Questions:
1. Are you aware of the spiritual battle we face each day?
2. What do you do to prepare yourself for spiritual battle?
3. How does the Word arm us for battle?
4. How does prayer arm us to fight?