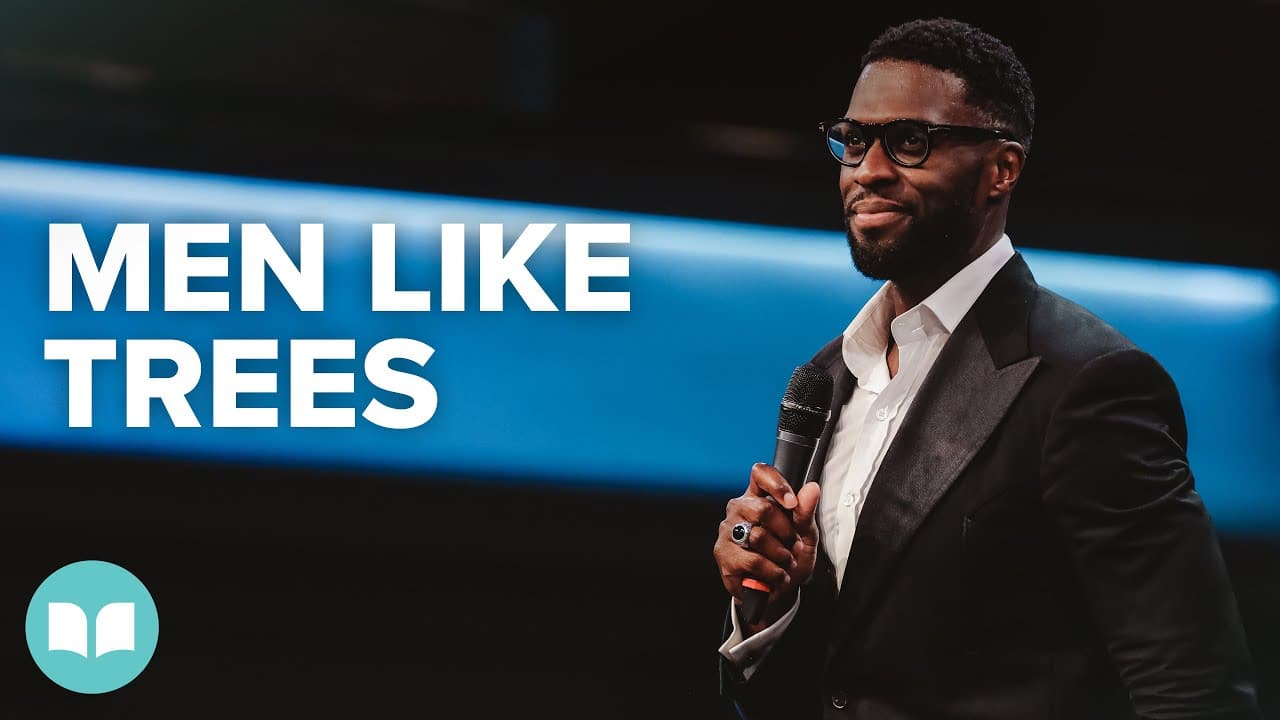 Recap:
Dads make a difference. They can provide stability, comfort, and strength to their families and communities—or as guest speaker Robert Madu put it this past weekend, they can be like trees planted in the ground. We need more men who don’t allow the winds of this world to break them or the enemy to chop them down. We need more men who are planted, stable and secure. Even more so, we need men who are willing to be vulnerable. Vulnerability and honesty comes before victory.

Dive Deeper:
In Mark chapter 8, we read an unusual story of healing that involves spit, leaving a city, and trees. Guest speaker Robert Madu dove into unpacking truths found in this story that are important for people—but especially men—to understand.

We are often loud about victories, but quiet about our vulnerabilities. However, your victory is in your ability to be vulnerable. Jesus was victorious for he raised Lazarus from the dead, but He was vulnerable for he first wept with Lazarus’ family. He slept in the middle of the storm before calming it with a word.

The blind man in Mark 8 was vulnerable. He didn’t have vision. Thankfully, he was willing to let people lead him to Jesus. Then, he let Jesus lead him out of the city. Then he let Jesus spit on his eyes. Then, most importantly of all, when Jesus asked if he could see, he was honest. He was honest that his sight was still blurry.

One of the hardest things for believers is to be honest about blurry vision. Pride will keep you from admitting what you don’t know. Humility will allow you to have relentless faith that says, “Lord, I still can’t see everything. It’s blurry.”

After his vulnerability, Jesus restored his eyesight with a second touch. Our God restores! Don’t lose hope. The miracle will come as you lean into Jesus, being vulnerable and honest with God as you do!

Read More:
Mark 8:22-26 NKJV
Then He came to Bethsaida; and they brought a blind man to Him, and begged Him to touch him. So He took the blind man by the hand and led him out of the town. And when He had spit on his eyes and put His hands on him, He asked him if he saw anything.
And he looked up and said, “I see men like trees, walking.”
Then He put His hands on his eyes again and made him look up. And he was restored and saw everyone clearly. Then He sent him away to his house, saying, “Neither go into the town, nor tell anyone in the town.”

Matthew 11:20-21 NKJV
Then He began to rebuke the cities in which most of His mighty works had been done, because they did not repent: “Woe to you, Chorazin! Woe to you, Bethsaida! For if the mighty works which were done in you had been done in Tyre and Sidon, they would have repented long ago in sackcloth and ashes.

Psalm 1:1-6 NKJV
Blessed is the man
Who walks not in the counsel of the ungodly,
Nor stands in the path of sinners,
Nor sits in the seat of the scornful;
But his delight is in the law of the Lord,
And in His law he meditates day and night.
He shall be like a tree
Planted by the rivers of water,
That brings forth its fruit in its season,
Whose leaf also shall not wither;
And whatever he does shall prosper.
The ungodly are not so,
But are like the chaff which the wind drives away.
Therefore the ungodly shall not stand in the judgment,
Nor sinners in the congregation of the righteous.
For the Lord knows the way of the righteous,
But the way of the ungodly shall perish.

Discussion Questions:
1. Do you find it difficult to be vulnerable before God? Before people?

2. What can you do to plant yourself in God’s Word and truth?

3. How can vulnerability be a blessing?

4. In what areas are you believing God for full restoration?