Revelation Revealed #7: Letter to the Church of Philadelphia 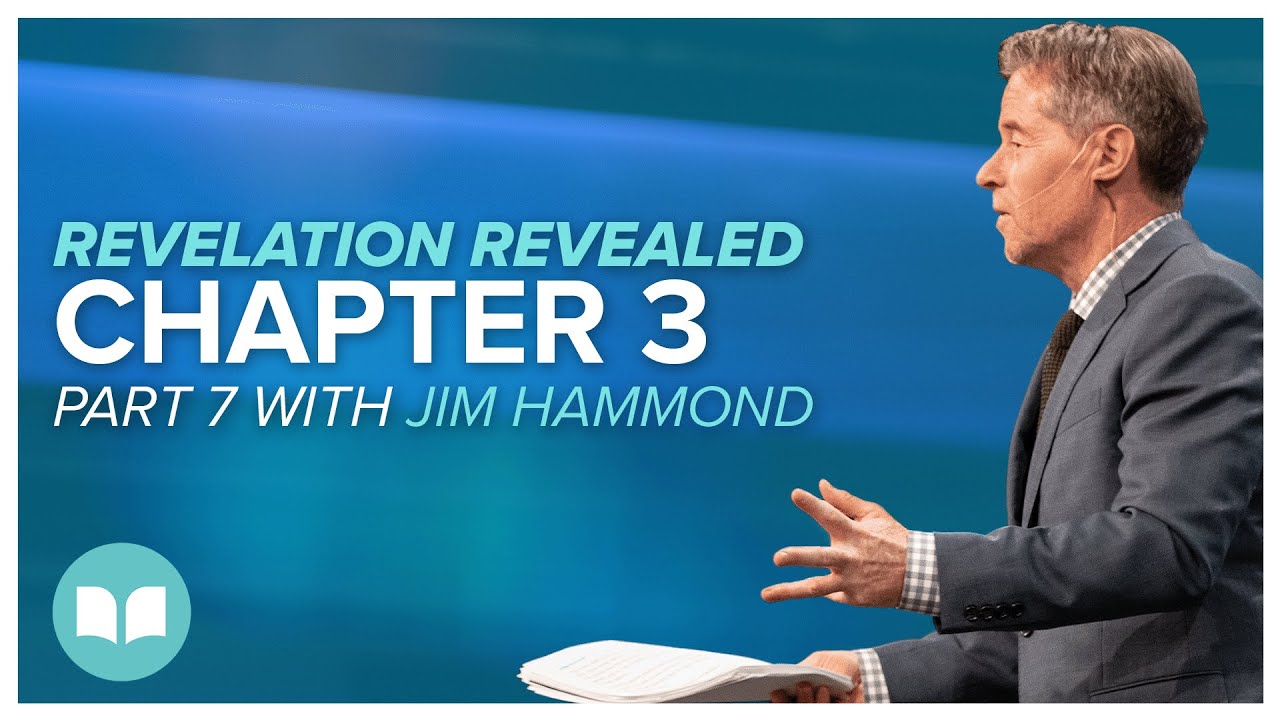 Recap:
This past weekend, we were treated to hearing Pastor Jim Hammond preach for every service! He shared message seven in his teaching series Revelation Revealed. This message came from Revelation 3:7–13, the letter to the church of Philadelphia. Jesus opened a door to this church, one that no man could shut. Notice that Jesus opened the door for them. It was their job to walk through it, not pry open a door of their choosing!

Dive Deeper:
Philadelphia was the center of a great vineyard district. It thrived on making and selling high quality wines. The main deity people worshiped was Dionysus, the god of wine, and the people who served him partied and reveled as much as they could. This city was also a gateway to Asia Minor. Commerce had to pass through this city to get to the Middle East. In this setting, the church at Philadelphia had taken on a missionary role to reach people with the Gospel.

In this particular letter, Jesus is given the title of “he that hath the key of David, he that openeth, and no man shutteth; and shutteth, and no man openeth (Revelation 3:7).” A key is a symbol of authority. Jesus has the keys and authority to open and shut doors in our lives. The enemy wants you to step back, away from the doors Jesus opens. God wants you to walk through doors that Jesus opens.

How do you know what doors are right for you to walk through? Ask God to show you. Pray that God would help you recognize the doors He has opened for you. Remember, you don’t have to force doors open; Jesus is the one who opens doors! You can walk through the open doors He sets before you. Sometimes the doors are opportunities. Sometimes they are relationships. Sometimes doors get you out of things you are facing; sometimes doors bring you into new things. Ask God to show you what doors He is opening in your life!

Read About It:
Revelation 3:7–13 KJV
And to the angel of the church in Philadelphia write; These things saith he that is holy, he that is true, he that hath the key of David, he that openeth, and no man shutteth; and shutteth, and no man openeth; I know thy works: behold, I have set before thee an open door, and no man can shut it: for thou hast a little strength, and hast kept my word, and hast not denied my name. Behold, I will make them of the synagogue of Satan, which say they are Jews, and are not, but do lie; behold, I will make them to come and worship before thy feet, and to know that I have loved thee. Because thou hast kept the word of my patience, I also will keep thee from the hour of temptation, which shall come upon all the world, to try them that dwell upon the earth. Behold, I come quickly: hold that fast which thou hast, that no man take thy crown. Him that overcometh will I make a pillar in the temple of my God, and he shall go no more out: and I will write upon him the name of my God, and the name of the city of my God, which is new Jerusalem, which cometh down out of heaven from my God: and I will write upon him my new name. He that hath an ear, let him hear what the Spirit saith unto the churches.

Revelation 1:18 KJV
I am he that liveth, and was dead; and, behold, I am alive for evermore, Amen; and have the keys of hell and of death.

Colossians 4:2–3 KJV
Continue in prayer, and watch in the same with thanksgiving; withal praying also for us, that God would open unto us a door of utterance, to speak the mystery of Christ, for which I am also in bonds:

Acts 12:5–13 KJV
Peter therefore was kept in prison: but prayer was made without ceasing of the church unto God for him. And when Herod would have brought him forth, the same night Peter was sleeping between two soldiers, bound with two chains: and the keepers before the door kept the prison. And, behold, the angel of the Lord came upon him, and a light shined in the prison: and he smote Peter on the side, and raised him up, saying, Arise up quickly. And his chains fell off from his hands. And the angel said unto him, Gird thyself, and bind on thy sandals. And so he did. And he saith unto him, Cast thy garment about thee, and follow me. And he went out, and followed him; and wist not that it was true which was done by the angel; but thought he saw a vision. When they were past the first and the second ward, they came unto the iron gate that leadeth unto the city; which opened to them of his own accord: and they went out, and passed on through one street; and forthwith the angel departed from him. And when Peter was come to himself, he said, Now I know of a surety, that the Lord hath sent his angel, and hath delivered me out of the hand of Herod, and from all the expectation of the people of the Jews. And when he had considered the thing, he came to the house of Mary the mother of John, whose surname was Mark; where many were gathered together praying. And as Peter knocked at the door of the gate, a damsel came to hearken, named Rhoda.

Discussion Questions:
1. As you look back over your life, can you recognize various doors that the Lord has opened unto you?
2. What would it look like to force a door open on our own?
3. Why is it important to pray for wisdom to understand what doors we need to walk through?