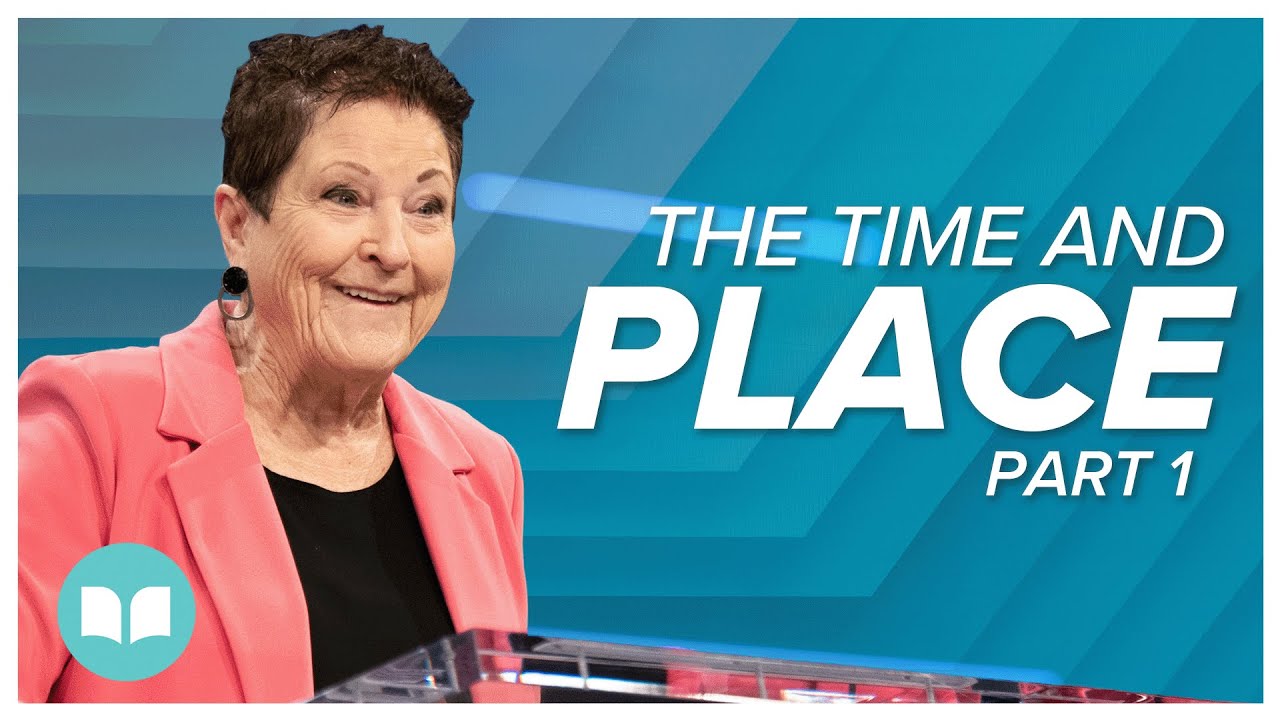 Recap:
God wants us to be aware that we are living in the end of days, right before Jesus’ return. This past weekend, we were blessed to hear from Billye Brim, who talked about the times and seasons in which we now live. She talked about the cycles of time that God has orchestrated and how we are living toward the end of a cycle of seven years. In fact, we are days away from the start of another seven-year cycle of time. We don’t need to be afraid of what is to come. God wants us to be aware of it so we can take our place, standing in our God-given authority over the enemy.

Dive Deeper:
God created time and He created patterns and cycles of time that often follow the pattern of seven. Just as we have a pattern of six days of work and one day of rest in every week that passes, God has ordained that this same pattern happens in our years too. Six years of work are followed by a seventh year of rest. God works within these patterns and cycles and major events happen on these important days.

When we do hear about wars and rumors of wars, we never have to fear. The war found in Ezekiel 38–39 will happen soon, but we don’t need to be afraid. We continue to do all God has called us to do, and then let God show himself strong in the events and times and seasons that He has ordained.

Billye shared some prophetic words that specifically had to do with what God will do here in Minneapolis. God gave her a prophetic word about this city. He also gave one to George Washington Carver decades ago. That means we should get ready for big things to be happening here! God is good, and we are right in the middle of what He will be doing here on earth!

Remember, Satan is doing everything in his power to stop Jesus from coming soon. That’s one reason we are called to take our authority as the body of Christ. We can stand up tall and use our God-given authority to push back darkness while we are still here on earth!

Read About It:
Leviticus 25:1–4 KJV
And the Lord spake unto Moses in mount Sinai, saying, speak unto the children of Israel, and say unto them, When ye come into the land which I give you, then shall the land keep a sabbath unto the Lord. Six years thou shalt sow thy field, and six years thou shalt prune thy vineyard, and gather in the fruit thereof; but in the seventh year shall be a sabbath of rest unto the land, a sabbath for the Lord: thou shalt neither sow thy field, nor prune thy vineyard.

Revelation 1:1–21 KJV
And after these things I heard a great voice of much people in heaven, saying, Alleluia; Salvation, and glory, and honour, and power, unto the Lord our God: for true and righteous are his judgments: for he hath judged the great whore, which did corrupt the earth with her fornication, and hath avenged the blood of his servants at her hand.

And again they said, Alleluia And her smoke rose up for ever and ever. And the four and twenty elders and the four beasts fell down and worshipped God that sat on the throne, saying, Amen; Alleluia. And a voice came out of the throne, saying, Praise our God, all ye his servants, and ye that fear him, both small and great. And I heard as it were the voice of a great multitude, and as the voice of many waters, and as the voice of mighty thunderings, saying, Alleluia: for the Lord God omnipotent reigneth.

Let us be glad and rejoice, and give honour to him: for the marriage of the Lamb is come, and his wife hath made herself ready. And to her was granted that she should be arrayed in fine linen, clean and white: for the fine linen is the righteousness of saints. And he saith unto me, Write, Blessed are they which are called unto the marriage supper of the Lamb. And he saith unto me, These are the true sayings of God. And I fell at his feet to worship him. And he said unto me, See thou do it not: I am thy fellowservant, and of thy brethren that have the testimony of Jesus: worship God: for the testimony of Jesus is the spirit of prophecy.

And I saw heaven opened, and behold a white horse; and he that sat upon him was called Faithful and True, and in righteousness he doth judge and make war. His eyes were as a flame of fire, and on his head were many crowns; and he had a name written, that no man knew, but he himself.

And he was clothed with a vesture dipped in blood: and his name is called The Word of God. And the armies which were in heaven followed him upon white horses, clothed in fine linen, white and clean. And out of his mouth goeth a sharp sword, that with it he should smite the nations: and he shall rule them with a rod of iron: and he treadeth the winepress of the fierceness and wrath of Almighty God.

And he hath on his vesture and on his thigh a name written, King Of Kings, And Lord Of Lords. And I saw an angel standing in the sun; and he cried with a loud voice, saying to all the fowls that fly in the midst of heaven, Come and gather yourselves together unto the supper of the great God; that ye may eat the flesh of kings, and the flesh of captains, and the flesh of mighty men, and the flesh of horses, and of them that sit on them, and the flesh of all men, both free and bond, both small and great.

And I saw the beast, and the kings of the earth, and their armies, gathered together to make war against him that sat on the horse, and against his army. And the beast was taken, and with him the false prophet that wrought miracles before him, with which he deceived them that had received the mark of the beast, and them that worshipped his image. These both were cast alive into a lake of fire burning with brimstone. And the remnant were slain with the sword of him that sat upon the horse, which sword proceeded out of his mouth: and all the fowls were filled with their flesh.

Discussion Questions:
1. Are you ready for Jesus to return?
2. What does it mean to take your God-given position of authority?
3. What can we do today to get ready for Jesus’ soon return?