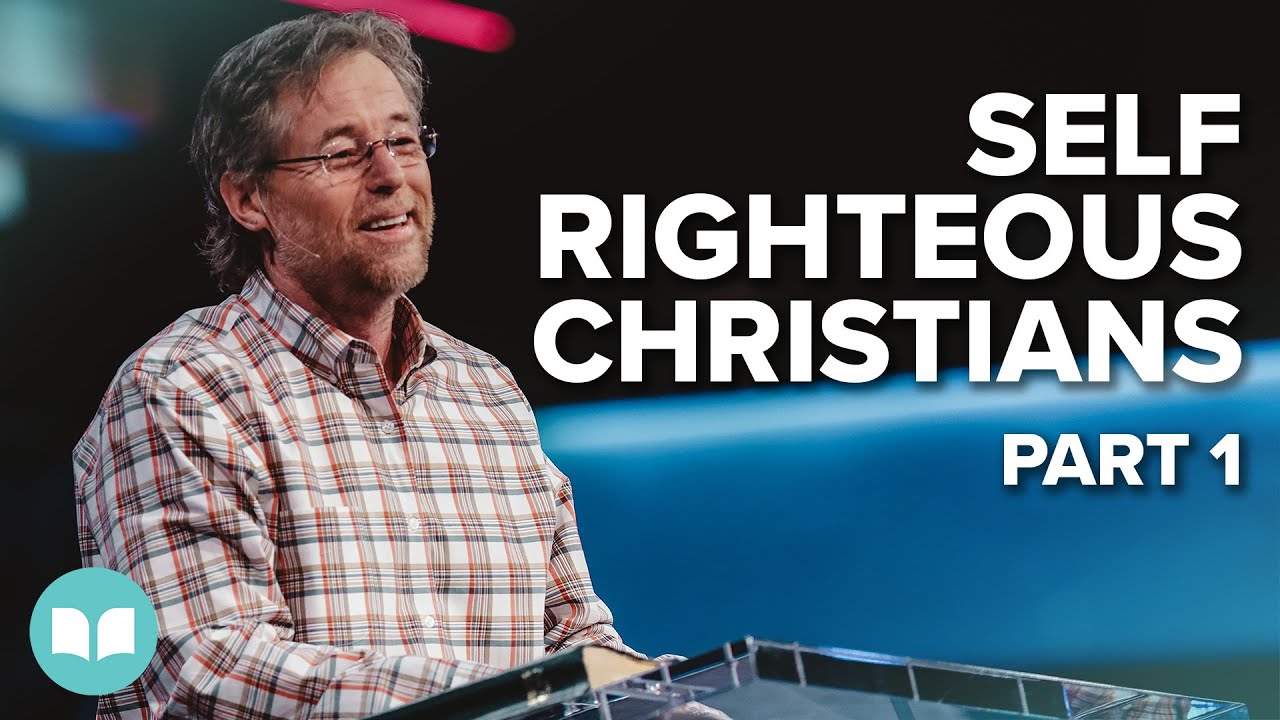 Recap:
Why don’t Christians look like Jesus? Pastor Jim talked about this question this past weekend. Too many times, we allow self-righteousness to permeate our opinions and our attitudes. As a result, we walk through life with a judgmental attitude, assuming that we know the right paths to take and we know which people are right and wrong. However, judging others wasn’t what God called us to do as Christians. He wants us to love everyone.

Dive Deeper:
Loving people we dislike isn’t necessarily instinctive for us. It’s easier to pick and choose who we are supposed to love and come up with reasons why we can’t love everyone else. However, God has chosen His children to reflect His love on this earth, which includes loving every person—period.

This, of course, feels impossible when we find ourselves in situations where we see other people acting in ways we don’t like, and that is why we need to ask for God’s help. He is the one who helps us rely on His grace rather than the law. We can’t eradicate hate with hate. We need God’s love to be revealed to us so we can go out and share His love with others.

As Pastor Jim put it this past weekend, this means that “our ideals should be interrupted on a daily basis by the Gospel.” We can’t superimpose our ideals on the teachings of Jesus and expect love to be the result. We choose God’s love first and then let His love help us reach out to be the Good Samaritan to those who are hurting and in need.

Read More:
Luke 10:25-37 Amp.
And then a certain lawyer arose to try (test, tempt) Him, saying, Teacher, what am I to do to inherit everlasting life [that is, to partake of eternal salvation in the Messiah’s kingdom]?

Jesus said to him, What is written in the Law? How do you read it?

And Jesus said to him, You have answered correctly; do this, and you will live [enjoy active, blessed, endless life in the kingdom of God].
And he, determined to acquit himself of reproach, said to Jesus, And who is my neighbor?

Jesus, taking him up, replied, A certain man was going from Jerusalem down to Jericho, and he fell among robbers, who stripped him of his clothes and belongings and beat him and went their way, [unconcernedly] leaving him half dead, as it happened. Now by coincidence a certain priest was going down along that road, and when he saw him, he passed by on the other side.

A Levite likewise came down to the place and saw him, and passed by on the other side [of the road]. But a certain Samaritan, as he traveled along, came down to where he was; and when he saw him, he was moved with pity and sympathy [for him], and went to him and dressed his wounds, pouring on [them] oil and wine. Then he set him on his own beast and brought him to an inn and took care of him.

And the next day he took out two denarii [two day’s wages] and gave [them] to the innkeeper, saying, Take care of him; and whatever more you spend, I [myself] will repay you when I return.

Which of these three do you think proved himself a neighbor to him who fell among the robbers?

He answered, The one who showed pity and mercy to him.

And Jesus said to him, Go and do likewise.

2 Corinthians 3:18 Amp.
And all of us, as with unveiled face, [because we] continued to behold [in the Word of God] as in a mirror the glory of the Lord, are constantly being transfigured into His very own image in ever increasing splendor and from one degree of glory to another; [for this comes] from the Lord [Who is] the Spirit.

John 2:13-16 Amp.
Now the Passover of the Jews was approaching, so Jesus went up to Jerusalem. There He found in the temple [enclosure] those who were selling oxen and sheep and doves, and the money changers sitting there [also at their stands]. And having made a lash (a whip) of cords, He drove them all out of the temple [enclosure]—both the sheep and the oxen—spilling and scattering the brokers’ money and upsetting and tossing around their trays (their stands). Then to those who sold the doves He said, Take these things away (out of here)! Make not My Father’s house a house of merchandise (a marketplace, a sales shop)!

Matthew 7:2 Amp.
For just as you judge and criticize and condemn others, you will be judged and criticized and condemned, and in accordance with the measure you [use to] deal out to others, it will be dealt out again to you.

Isaiah 54:14-15, 17 Amp.
You shall establish yourself in righteousness (rightness, in conformity with God’s will and order): you shall be far from even the thought of oppression or destruction, for you shall not fear, and from terror, for it shall not come near you. Behold, they may gather together and stir up strife, but it is not from Me. Whoever stirs up strife against you shall fall and surrender to you. … But no weapon that is formed against you shall prosper, and every tongue that shall rise against you in judgment you shall show to be in the wrong. This [peace, righteousness, security, triumph over opposition] is the heritage of the servants of the Lord [those in whom the ideal Servant of the Lord is reproduced]; this is the righteousness or the vindication which they obtain from Me [this is that which I impart to them as their justification], says the Lord.

Discussion Questions:
1. How often do you catch yourself choosing to judge others rather than to love them?

2. What stands out to you the most as you read through the parable of the Good Samaritan?

3. How can we keep self-righteousness far from us?

4. How can we learn to rely on God’s grace rather than judgmental attitudes?